Showing posts from March, 2020
Show all

10 Keys to Make your Life a Masterpiece 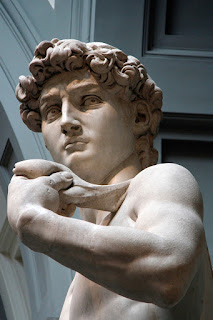 This might be the best time to define what your life should stand for. I have identified 10 keys if followed consistently can surely help us achieve lasting success and fulfillment on our own terms. It is a process and you never reach there but you can enjoy the journey. Here are the 10 Keys to make your life a masterpiece. Define your mission  - Without a mission it is very difficult to be excited about life. A decade back I defined my mission as "My mission is to maximise my potential and help others maximise theirs." This has driven me to read, learn, write and share whatever I have learned. It has also helped me feel excited nearly every single day which is the biggest gift from having a mission. Stephen Covey mentioned this way back in 1989 with his habit "Begin with the End in Mind" and I think that is still valid today as it was then. Figure what you really want your life to stand for and you will automatically be excited about life. This requires some s
Post a Comment
Read more

26 Tactics to Be at your Personal Best 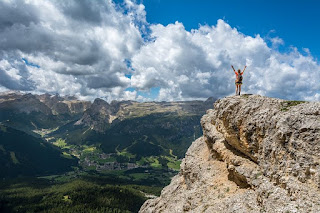 I think most people have more time than usual at this time. This maybe the best time to engage in personal development. Jim Rohn said work harder on yourself than on your job. He also said formal education will make you a living while self-education will make you a fortune. So, personal development can serve as a spring board to your greater success. Here is my A - Z of personal development. A for Acceptance:   Personal development doesn’t mean there is anything wrong with who we are. So, the first step is to unconditionally accept ourselves just the way we are. Accept everything about you and that will serve as the spring board to further success. Take inventory of your entire life and let go of things that make you unhappy. This is easier said than done but if you push through the difficult phases of your life it will serve a springboard to greater growth from this moment on. B for Blueprinting:  It is like the carpenter’s motto “Measure twice cut once.” The basic poi
Post a Comment
Read more

7 Keys to Leadership Excellence from the Legend Jack Welch

In times like these we can always remember that there have been always times like these. Whenever a crisis occurs we always look to history to see what great leaders have done to navigate turbulent times. One such leader who I admired is Jack Welch. He led GE for nearly 20 years and as far as it goes for that time it was considered a success. Though he has his detractors he was widely called the manager of the 20th century. He died on March 1st 2020 and while a lot of writers said he had a checkered legacy, I still believe it pays off to understand what his leadership style was and how some of it can be applied. A leader as defined by John Quincy Adams is  “If your actions inspire others to dream more, learn more, do more and become more, you are a leader.” Following are the 7 keys I liked for anyone to become an inspiring leader in their field as identified by Jack Welch in his excellent book Winning with my take on each. Establish a compelling vision Vision is a key trait
Post a Comment
Read more

Sharpen the Saw During These Times of Isolation and Crisis 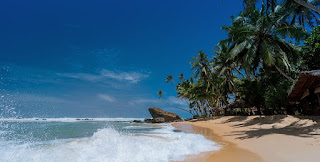 Sharpening the saw is very important as we have some time for ourselves now. These are stressful times indeed. It is not ideal and a lot of countries are in lock-down mode. This is a strategic time out in our lives and as some say this might be a good gift of time to re-calibrate our lives. It will also give us an opportunity to start our next phase of our lives in a relaxed frame of mind. The metaphor of sharpen the saw was made famous by Stephen Covey in his book Seven Habits. In my opinion as the complexity and challenge escalates the need for the Seven Habits elevates. The concept is simple. As the carpenters say measure twice cut once. The basic premise is to spend more time in preparation and lesser time in execution. Focus on these 4 areas for personal renewal. This what Stephen Covey says are the keys for a successful life. It is to learn(mind), to live(physical), to love(emotional) and to leave a legacy(spirit). If we focus on these four areas consistently we can achieve
Post a Comment
Read more 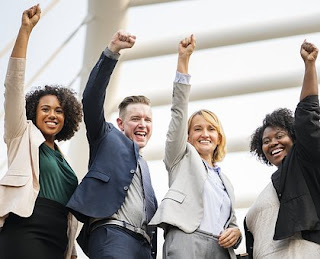 The subject of leadership can never be exhausted and that is why there are always books coming out on it. My favorite definition of leadership is from Stephen Covey who said that  “Leadership is communicating to people their worth and potential so clearly that they come to see it in themselves. ”  The responsibility of every leader is to keep affirming the worth and potential of every person in the organization. This will then lead to people performing at their best which gives the organization greater success.  I have identified the key qualities of leaders which I believe can help every leader get better. Not every leader can have all these qualities but an awareness of them can increase the qualities in us. Here are the key qualities of great leaders. Vision Across all the leadership studies done the most important quality of a leader is setting the vision of an organization. As it is often said without vision people perish. Creating an exciting picture about the future
Post a Comment
Read more
More posts

Shyam Ramanathan
I am a Global Delivery Director with expertise in Program leadership and delivery management. I like reading helpful business books and try to share my learning with everyone.The views expressed here are my own and do not represent my organization.My mission is to maximise my potential and help others maximise theirs. I have self published the book "Maximise Potential" which is a collection of all the blog posts I have written over the last 6 years.